On the last trading day of the week, the dollar retreats on all fronts: dollar bulls could not hold their positions at yesterday’s levels. The market needed a correction, but the fundamental background throughout the week fueled the excitement around the US currency. Dollar bulls have loosened their grip today – the greenback has become cheaper in almost all pairs.

All dollar pairs show a correction today, but it is most pronounced in the pound-dollar pair. The British currency this month showed record volatility – in just a week and a half, it walked down more than one and a half thousand points, falling from the 31st figure to today’s low of 1.1414. Today, the GBP/USD pair also sets certain records – after updating the multi-year price low, the pair jumped almost 500 points up, taking advantage of the weakness of the dollar. 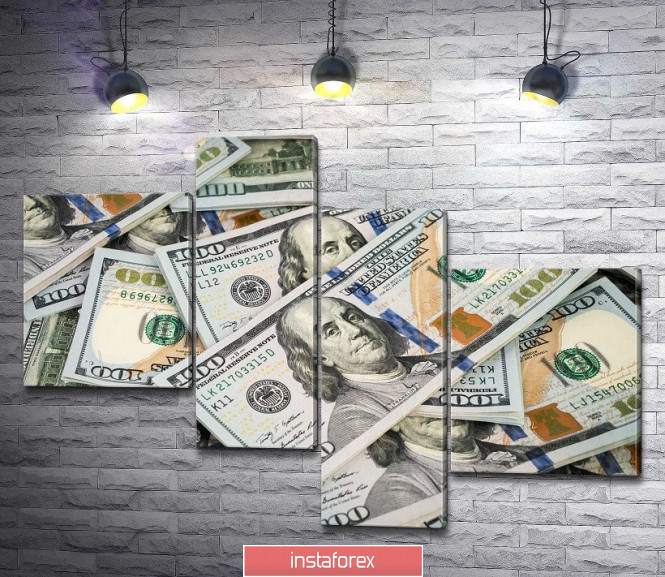 However, the dollar’s weakness is not the only reason for such a powerful correction. Yesterday’s actions of the Bank of England gave traders hope that the British economy will be able to wait out the troubled times. Let me remind you that the British regulator lowered the discount rate to 0.1% per annum (which is the lowest level in history) and launched the printing press, expanding the asset purchase program to 645 billion pounds. On the eve of a similar program launched by the European Central Bank: the regulator will buy government and corporate bonds on the market worth 750 billion euros until the end of this year (possibly further). This program will complement the purchase of 20 billion euros per month, which the central bank has been conducting since September last year. Also today, it was reported that the German authorities have agreed on an additional budget of 150 billion euros – this money should help the country’s economy cope with the consequences of the spread of the coronavirus.

This large-scale pumping of financial systems with liquidity slightly calmed the markets. The dollar has ceased to enjoy such crazy demand, and this fact made it possible for the GBP/USD bulls to seize the initiative for the pair.

In addition, the US currency itself was under pressure today. As you know, yesterday the Governor of California ordered the introduction of a strict quarantine for all residents of the state – because of a sharp increase in the number of patients. Yesterday was a record day for the country in the context of the spread of the coronavirus – if the number of infected reached the 10-thousand mark in the daytime, then at midnight this figure exceeded the 14-thousand level. Covid-19 was designated in all states of the country.

Now 40 million people in California will have to stay at home, fulfilling the requirements of the quarantine regime. This is the first such strict restriction that was imposed statewide by the Governor’s order. It took effect last night and will remain in effect “until further notice.” The quarantine also affected the manufacturing sector – for example, Tesla announced that it was suspending production from March 23, not only in California, but also at the plant in Buffalo, which is located in New York. In addition to Tesla, production on the American continent is also suspended by General Motors, Ford and Fiat Chrysler. In addition, the United States has finally lowered the iron curtain – from today, the United States stops providing standard visa services in all embassies and consulates of the country. The border with Canada and Mexico is also completely closed.

A sharp surge in the incidence of Covid-19 in the United States worried dollar bulls. The strict quarantine in California only intensified this concern – after all, if similar measures are introduced in other states of the country, this could significantly affect the country’s economy (even taking into account state support). All these reflections on the last trading day of the week, apparently, led to massive profit taking – traders do not risk leaving open positions for the weekend. 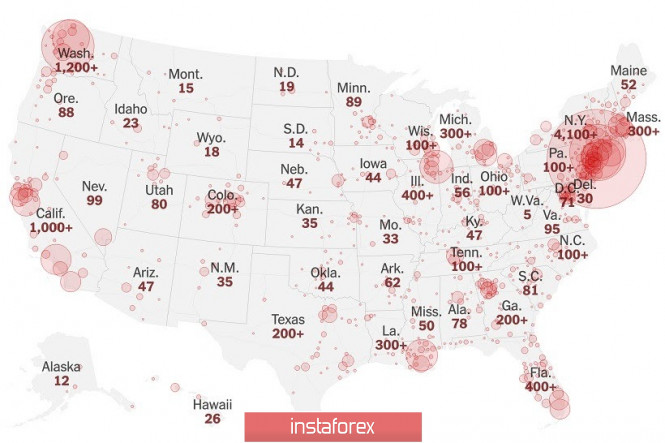 It is also worth noting that the key Wall Street indices opened today in positive territory, although further growth attempts look very uncertain. Nevertheless, after the opening of trading, the Dow Jones Industrial Average, S&P 500 and Nasdaq Composite indices added 0.8% –1% each.

Thus, today the dollar has come under certain pressure: a sharp surge in the incidence in the United States, strict quarantine in California and the notorious Friday factor made it possible for the GBP/USD pair and many other dollar pairs to go into correction. At the same time, standing up against the US currency is now extremely dangerous – all of the above factors can have a short-term impact, while investors still consider the greenback as the main defensive asset. Therefore, long positions on the GBP/USD pair are risky, but it is advisable to open sales on Monday, evaluating the impact of those events that will occur on the weekend.

GBP/USD. March 27. Results of the day. Boris Johnson handed over a positive test for "coronavirus"

Crypto News promises to be a fair and objective portal, where readers can find the best information, recent crypto currency news. Newspaper is the best selling News Theme of all time and powers this amazing demo!
Contact us: contact@crypto.coins

How to trade the news – 3 powerful strategies

This App Changed The Way I Trade Forex Forever