The pound paired with the dollar is growing this week for two reasons: First, Downing Street announced additional incentives for the economy, and secondly, there were rumors on the market about a possible breakthrough in the Brexit issue. These fundamental factors helped the GBP/USD pair to consolidate within the 25th figure and even approach the borders of the 26th price level. The weakness of the US currency acts as an additional bonus. And although the dollar index has been showing multi-directional dynamics over the past few days, dollar bulls still cannot find a foothold for organizing a large-scale offensive. Therefore, the dollar paired with the pound is now a significant currency, while the pound sets the tone for trading. 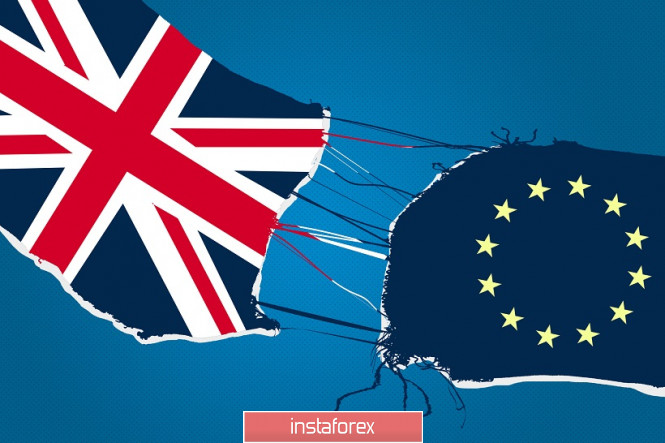 And yet, despite the cheerful mood on the part of the British currency, its future prospects look vague. First of all, the uncertainty associated with the negotiation process between London and Brussels is worrying. In my opinion, the optimism of the pound here looks, to put it mildly, early and unjustified. Investors reacted positively to the news that representatives of EU leading institutions will hold informal negotiations with representatives of the British government. These negotiations, by the way, have already passed – yesterday, an informal meeting of officials involved in the development of the concept of a trade pact after the end of the transition period took place at Downing Street. These negotiations were held in parallel with the official negotiations, which started on Monday.

As you can see, the traders of the pair grab onto any “straw”, which in their opinion indicates a possible breakthrough in the negotiations. However, nothing is known about the results of yesterday’s discussions, therefore, we are dealing here only with subjective assumptions. It can be agreed that in this form, this fundamental factor cannot serve as the basis for stable price growth of GBP/USD.

Moreover, yesterday’s telephone dialogue between the British Prime Minister and the German Chancellor indicates that the parties are still far from a compromise. Boris Johnson reminded Merkel once again that the UK is ready to move to trade with the EU according to the rules of the World Trade Organization, “if the parties fail to reach a trade agreement on time”. In addition, the head of the British government talked about the likely implementation of the “Australian scenario” once again. Let me remind you that Australia trades with the European Union according to the rules of the WTO, although several countries have concluded several agreements governing trade in certain categories of goods.

This tone of Johnson suggests that he will escalate the situation further, up to a personal meeting at a high level, which is expected in the middle or at the end of this month. In addition, it is worth noting here that despite the fact that the transition period (at the moment) ends on December 31, 2020, London established its own “deadline”: the British will decide on the feasibility of further negotiations by the end of July. Otherwise, the country will prepare for further trade relations with the EU according to WTO rules. At least, such an ultimatum was voiced by Boris Johnson in early spring. 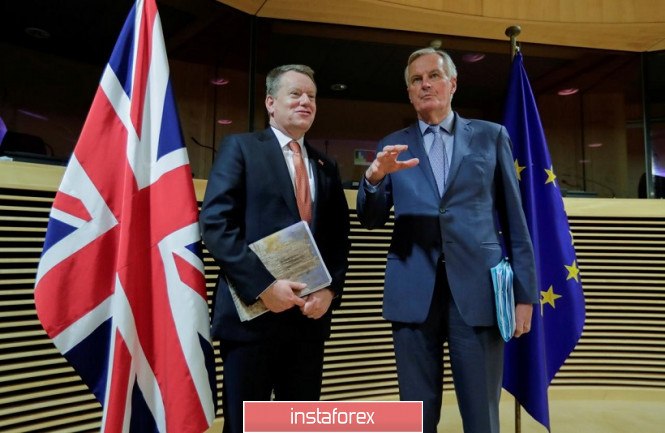 It can be seen that the fate of the transition period was put at the end of the July negotiations. If the British prime minister does not bluff, then the stakes are really high. This explains such a sharp reaction of the market to a seemingly passing informational occasion. Just one informal meeting allowed the bulls to strengthen their influence. However, it is necessary to consider the fact that in case of failure of the current “official” negotiations, the pound will collapse with the same speed. And according to some experts, the current round of negotiations will not bring the desired result. To resolve key and most problematic issues, top-level political agreements are necessary. And while they are not there, the negotiators will only defend their positions. It can be noted that the most difficult are the differences regarding fish catching. London considers the requirements of the European Union to provide access for European fishermen to British fishing areas unacceptable, calling it incompatible with the future status of Great Britain as an independent coastal state. Brussels insists on the contrary. As many analysts believe, negotiators will not be able to resolve these differences at their own level, which means that the current negotiations are a priori doomed to failure.

In summary, it should be noted that despite the current price dynamics of GBP/USD, long positions still look risky. The prospects for the current negotiation process look pessimistic, which means that a price reversal is only a matter of time. As soon as the parties ascertain failure, the pair will demonstrate a strong downward impulse. In just a few hours, the price can reach the support level of 1.2375, which corresponds to the upper border of the Kumo cloud on the daily chart. Therefore, for a pair, it is advisable to consider shorts from current positions or from the resistance level of 1.2650 (the upper line of the BB indicator on the same timeframe), if buyers reach it due to the inertia of yesterday’s optimism.