The past trading day was not much different from Friday. A bullish mood remained in the market, which means that the US dollar, as before, is losing its positions. Thus, the euro has risen by 600 points since the beginning of July, and, if the calculation is made from mid-May, the bar has already exceeded 1,000 points. The extremely high rate of price change indicates the instability of the entire structure.

If all are persistent in changing the medium-term trend, the market needs a correction in order to maintain the current trend. Otherwise, the vertical movement of the quotes will lead to a large-scale overheating, which will make “SELL” signals appear.

Now, the question is: should we continue working local operations or are we already trading along the trend?

The correct answer is that local operations were a priority and it will remain to be so, possibly until the end of the year.

Looking at yesterday’s trading in more detail, we can see that long positions arose during the Asian session and lasted right up to the beginning of the American session. During this, the yearly high which is 1.1657 was updated, changing it to the value 1.1781.

Thus, high volatility at points was recorded, which could theoretically signal a peak in speculative activity that could lead to a reversal in the form of a correction.

As discussed in the previous review , traders worked on increasing the pair up to the level of 1.1800, after which a consolidation and a round of short positions were expected. The stop occurred 19 points from the predicted coordinate.

Looking at the trading chart in general terms (daily period), we can see a vertical price movement, where the slope angle since the beginning of July is 80 degrees.

As for news, the reports published yesterday included data on orders for durable goods in the United States, which reflected an increase of 7.3% against a forecast of 5.0%.

However, there was no market reaction to such an optimistic economic recovery, mainly because speculative activity made it impossible to take advantage of the situation.

At the same time, a new package of support for the US economy, prepared by the Republicans, is being discussed. The Congress wants a $ 1 Trillion stimulus package this time.

The package would include new payments to households, in which direct deductions are expected to be around $ 1200. At the same time, those who receive income up to $ 75,000 per year can count on these funds in full, and those who earn over $ 100,000 will not receive government support.

The Republicans also proposed to reduce the unemployment benefits given by the Fed, and Senator Chuck Grassley of Iowa defended it, saying that the additional $ 600 monthly support for the unemployed leads to people not wanting to work anymore.

Today, the S & P / CS Composite-20 in the United States was released, and the data revealed that the index rose from 4.0% —> 4.1%. The indicator reflects the change in the value of residential property in 20 regions of the United States, which is important for the real estate market. 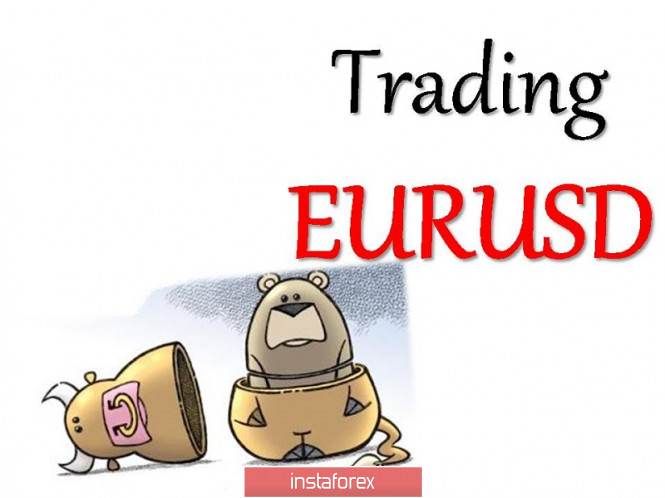 Analyzing the current trading chart, we can see that the quote rolled back from the value of 1.1781, returning the pair to the value of 1.1700. Such is an insignificant change out of all the movement in July, and in order for at least some stabilization to occur, a correction of about 20-30% is necessary.

Thus, it is assumed that if the quote consolidates below the level of 1.1700, the existing pullback will turn into a correction, which will pull the pair down to the levels 1.1600 / 1.1650.

Otherwise, a rebound from the value of 1.1700 will occur, which will lead to the update of the next local high and a breakout from the level of 1.1800. 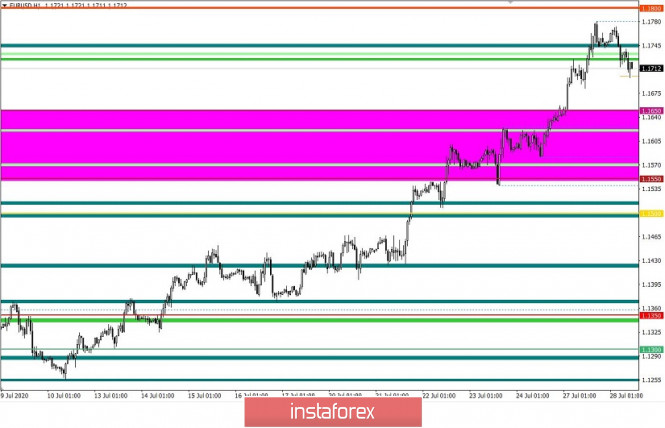 Analyzing the different sectors of time frames (TF), we can see that the indicators of technical instruments in the minute period signal “sell” due to the rollback of quotes, while the hourly period will soon change signals when the quote consolidates lower than the level of 1.1700. Meanwhile, the daily period will change signals if the quote consolidates lower than 1.1550 / 1.1600. 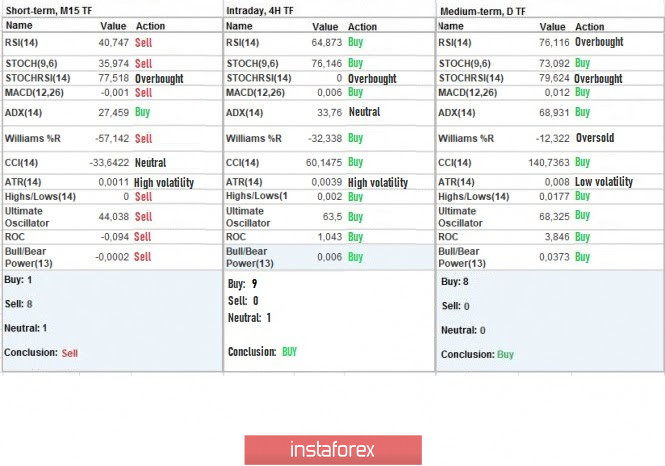 (July 28 was built, taking into account the time the article is published)

The volatility at this current time is 75 points, which is almost the volume of the average daily value. It is assumed that a wave of speculation will increase volatility further. 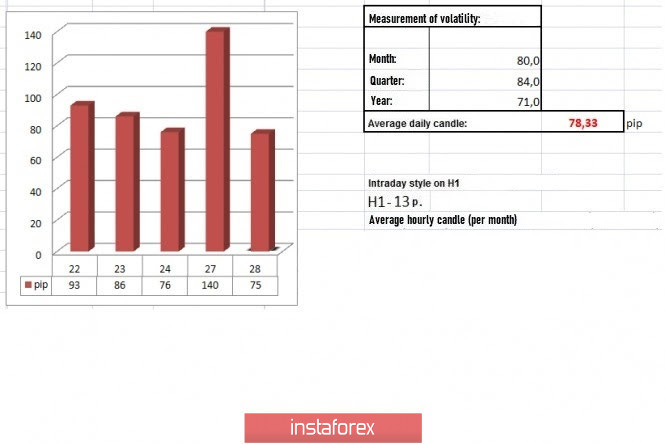